Here are some easy songs using the first and second string to get you started actually playing songs rather than exercises. These songs may be simple but they are very recognizable which will help you hear when you play the right or the wrong note.
The letters above the staff represent the chord which can be played while the melody (notes) are being played. The note will not always be the same as the chord being played (but is contained within the chord) more on that later. 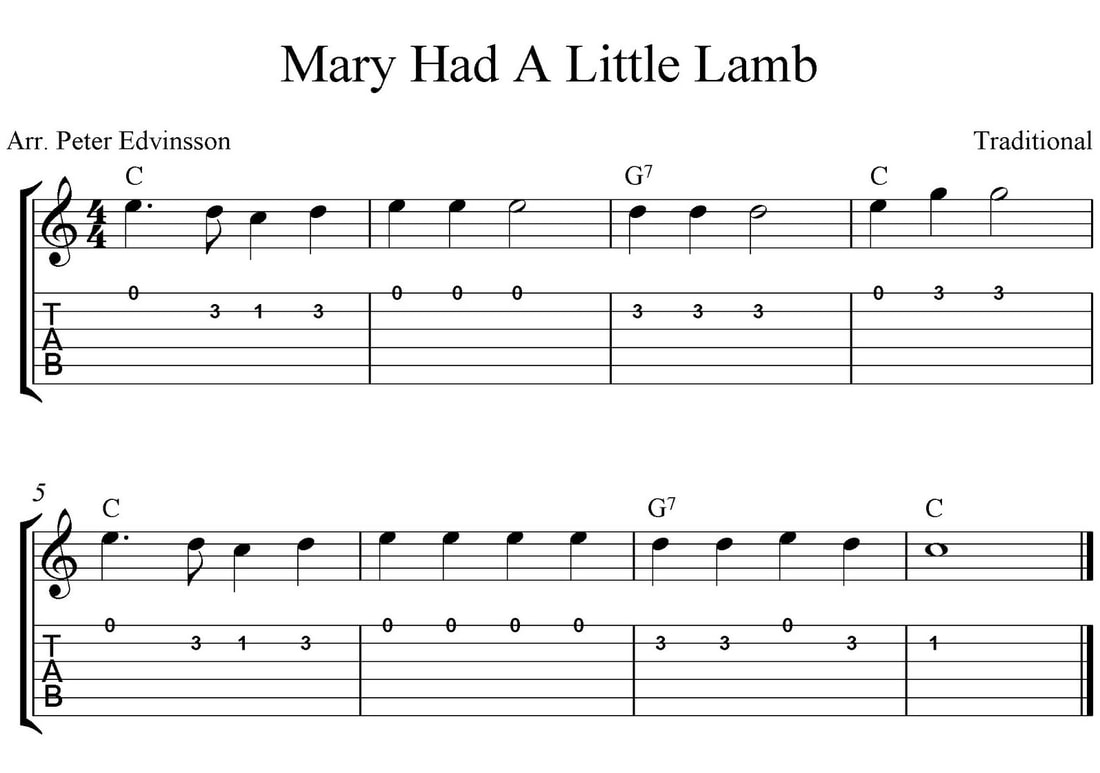